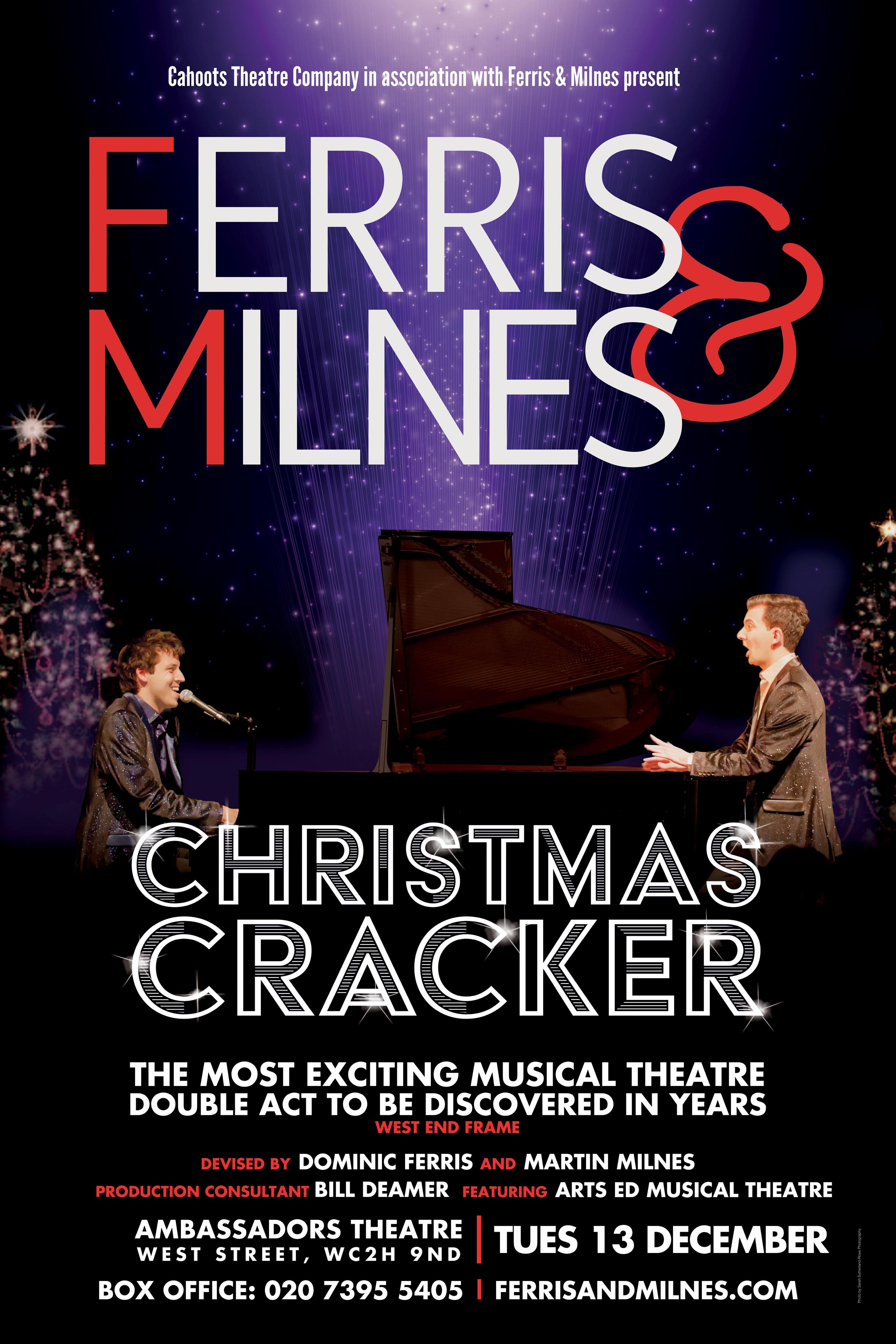 WEST END DEBUT SHOW!
On November 1, 2016, Posted by admin , In Uncategorized, With No Comments

Described as “hilarious” by The Telegraph, Ferris & Milnes invite you to a side-splitting cracker of a Christmas party! Expect the unexpected, as well as the Christmas favourites you know and love, in a heart-warming, foot-tapping seasonal shindig.

As Production Consultant, Bill will oversee the show which will also feature twelve students from Arts Educational School, London, forming a musical ensemble. Sound design will be provided by Adrian Cobey, currently Head of Sound at the West End production of Les Miserables with lighting design by Paul J Need.

The musical programme will include an exciting and eclectic blend ranging from much-loved choral works such as John Rutter’s “Angels’ Carol” and Adolphe Adam’s “O Holy Night!” through to golden show tunes from Irving Berlin, favourites of Elton John, with Christmas classics and seasonal standards presented in unique Ferris and Milnes style.

Fans of Ferris & Milnes will be delighted to hear that they will be following up on their popular musical mash-ups “33 Sondheim Numbers In 5 Minutes” and “31 West End Musicals in Under 10 Minutes” by bringing “The Entire Score of West Side Story In 8 Minutes” to the West End stage.

Not only that, but Ferris & Milnes will be performing a NEW very special medley jam-packed with as many festive hits as you can imagine! A one-minute teaser trailer of the medley is now live on YouTube.