Summer Glamour at Brownings Manor!
On July 25, 2017, Posted by Ferris and Milnes , In Uncategorized, With No Comments

A wonderful evening was had by all on Saturday 22nd July when Friends of Sussex Hospices raised in excess of £60,000 at Brownings Manor in Blackboys. FSH is a registered charity run entirely by volunteers, and raises funds through a variety of activities to support the running costs of the twelve hospice care providers that serve the adults and children of Sussex.

One of the highlights of FSH’s calendar is the annual summer concert, which this year was held in the grounds of beautiful Brownings Manor. We were delighted to provide a two-act show for the evening’s entertainment, with the inimitable Aled Jones at the helm as Master of Ceremonies. The glittering audience was dazzlingly generous throughout the FSH charity auction, during which Tim Wonnacott found wonderful new homes for the many fabulous prizes. 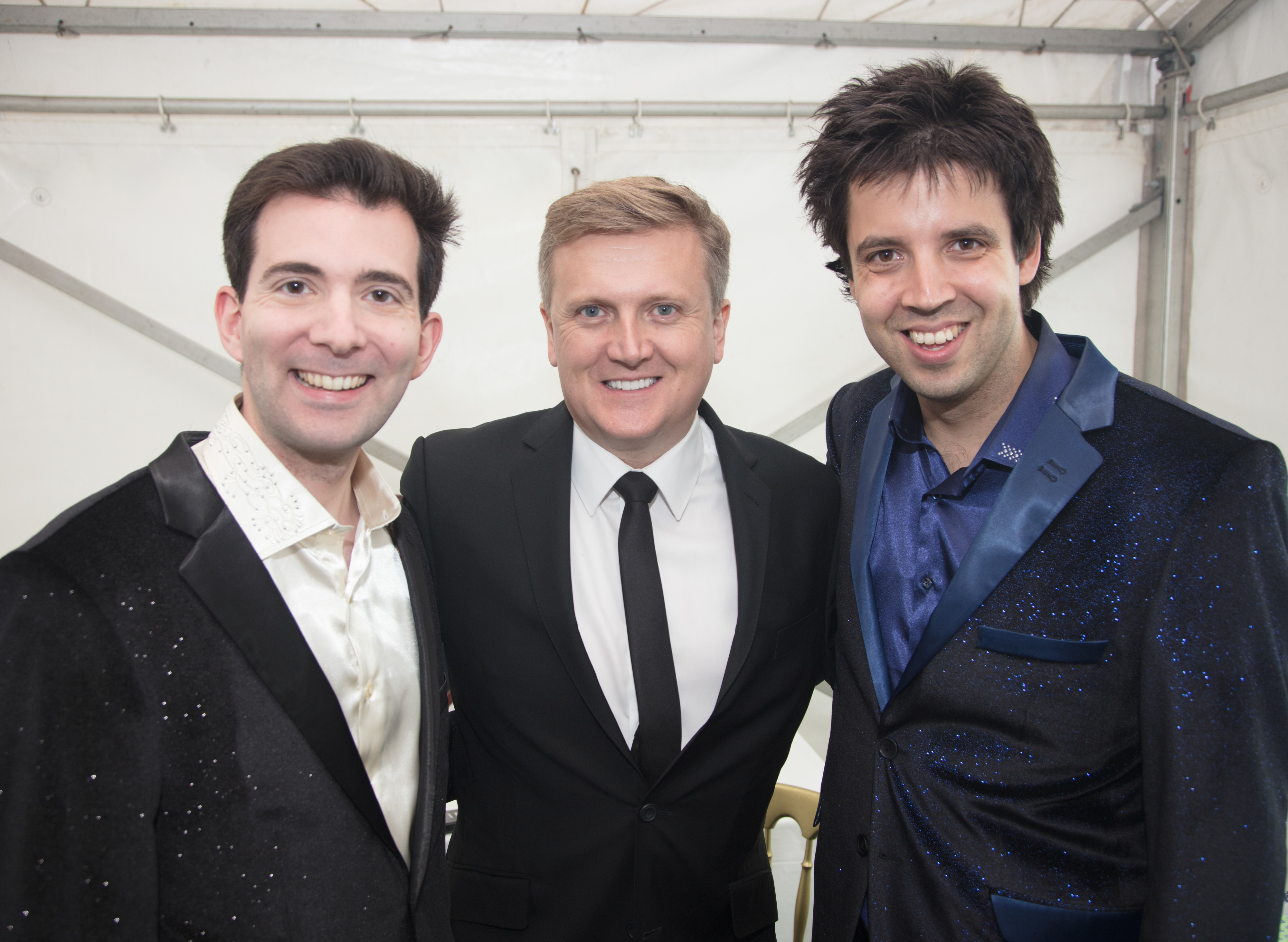 As always with an event such as this, when you’re under canvas the weather can play a pivotal role in the running of the day … it had been pouring with rain throughout the early afternoon, but as soon as Aled arrived the clouds parted. That must be what you get for hiring a Songs of Praise presenter!

After Aled had opened the proceedings – with a special song composed especially for him by Stiles & Drewe – we commenced with our Irving Berlin Medley, leading to 90 minutes of Ferris & Milnes favourites including ‘Italian Street Song’, ‘Autumn Leaves’, ‘Me and My Shadow,’ ‘I Believe’ and ‘The Entire Score of West Side Story in 8 Minutes’. 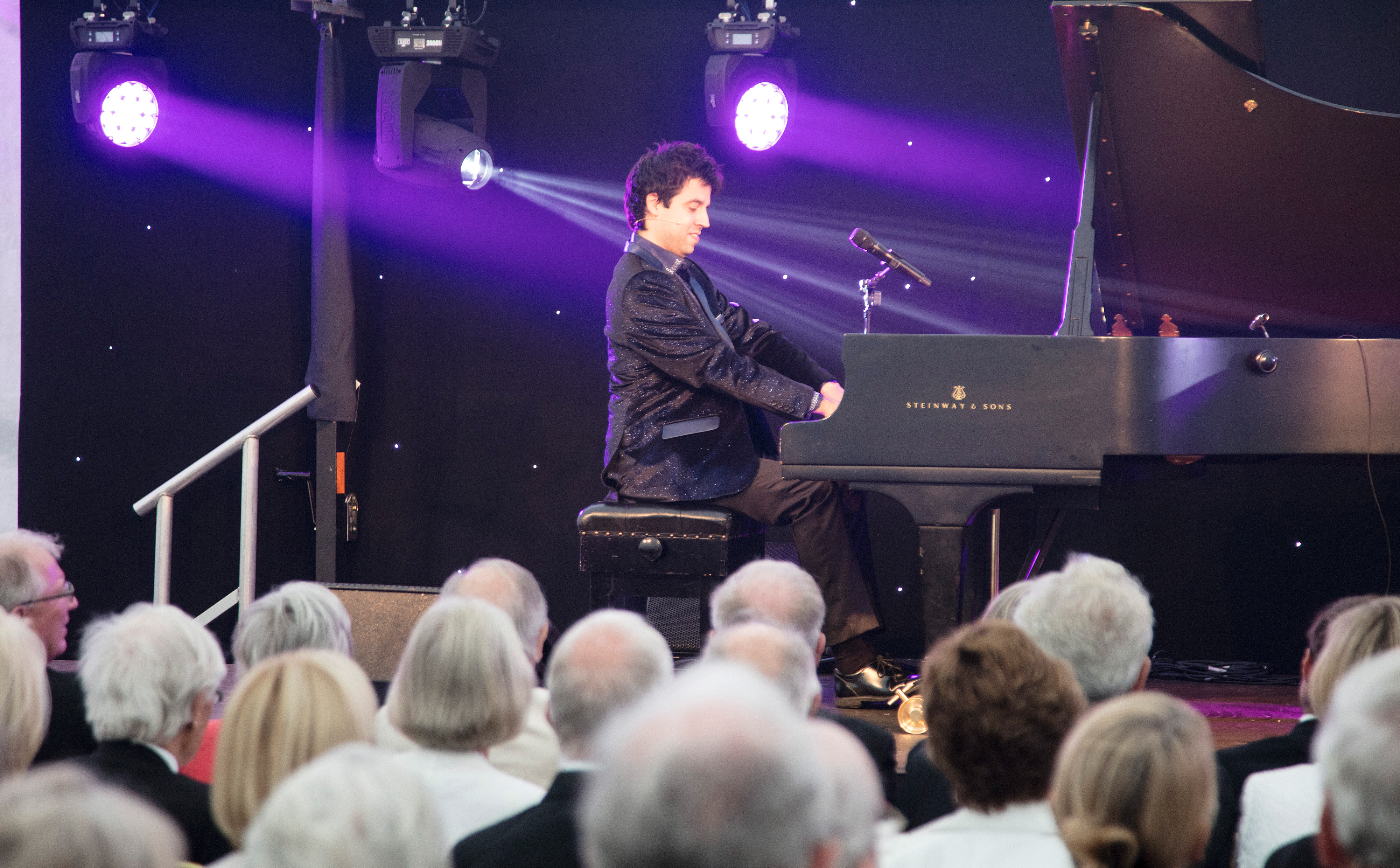 Our thanks to Kathy Gore OBE DL for organising such a wonderful event, and to Andrew and Lydia Tyler of Brownings Manor for their wonderful hospitality. We wish every success to FSH and were thrilled to be part of such a special evening. Check out our Gallery for more production images from Graham Franks Photography! 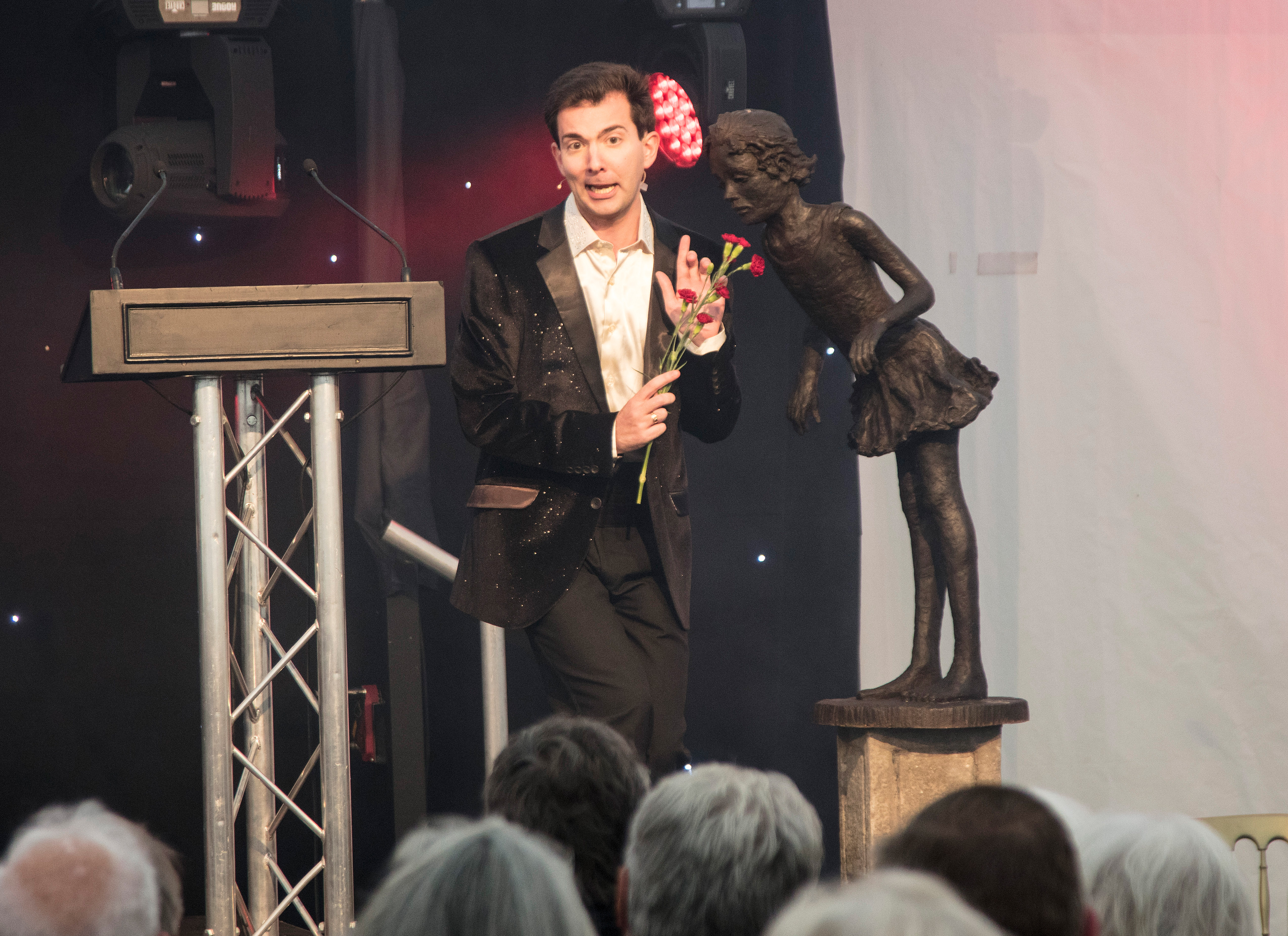