’33 Sondheim Numbers In 5 Minutes’ Back In The West End!
On June 12, 2017, Posted by Ferris and Milnes , In Uncategorized, With No Comments

A lot has happened since October 2015 when we took to the stage of Theatre Royal, Drury Lane, to perform “33 Sondheim Numbers In 5 Minutes” … but the medley has always been one of our favourites! It was therefore with great delight that we accepted the invitation of The Stephen Sondheim Society to reprise it at The Noel Coward Theatre as part of the entertainment at their annual Performer Of The Year competition.

It’s always fun to perform the Sondheim medley to an audience which knows the composer’s work so well, and it was a pleasure to perform it on such a West End historic stage. 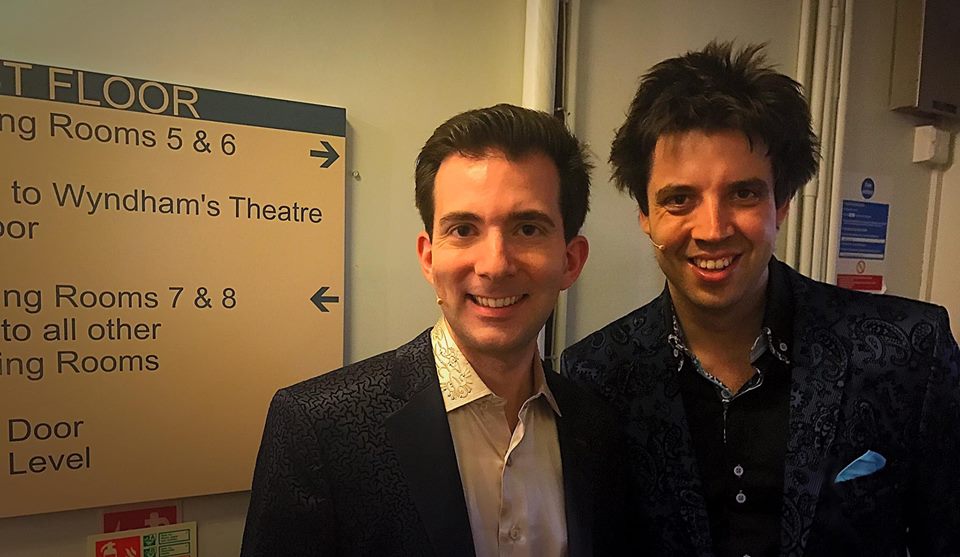 Backstage at The Noel Coward Theatre

Hosted by the inimitable Clive Rowe, with a guest performance by Janie Dee, the afternoon comprised of twelve students performing Sondheim classics as well as pieces of new writing. The theatre was packed with Sondheim experts including the legendary Julia McKenzie and Edward Seckerson – all of whom enjoyed “opening doors” with advice and encouragement for the students who competed.

Congratulations to the winners and runners up (from Arts Educational School and Mountview Academy of Theatre Arts), and also to the composers of the original pieces which were judged as part of The Stiles and Drewe Prize. 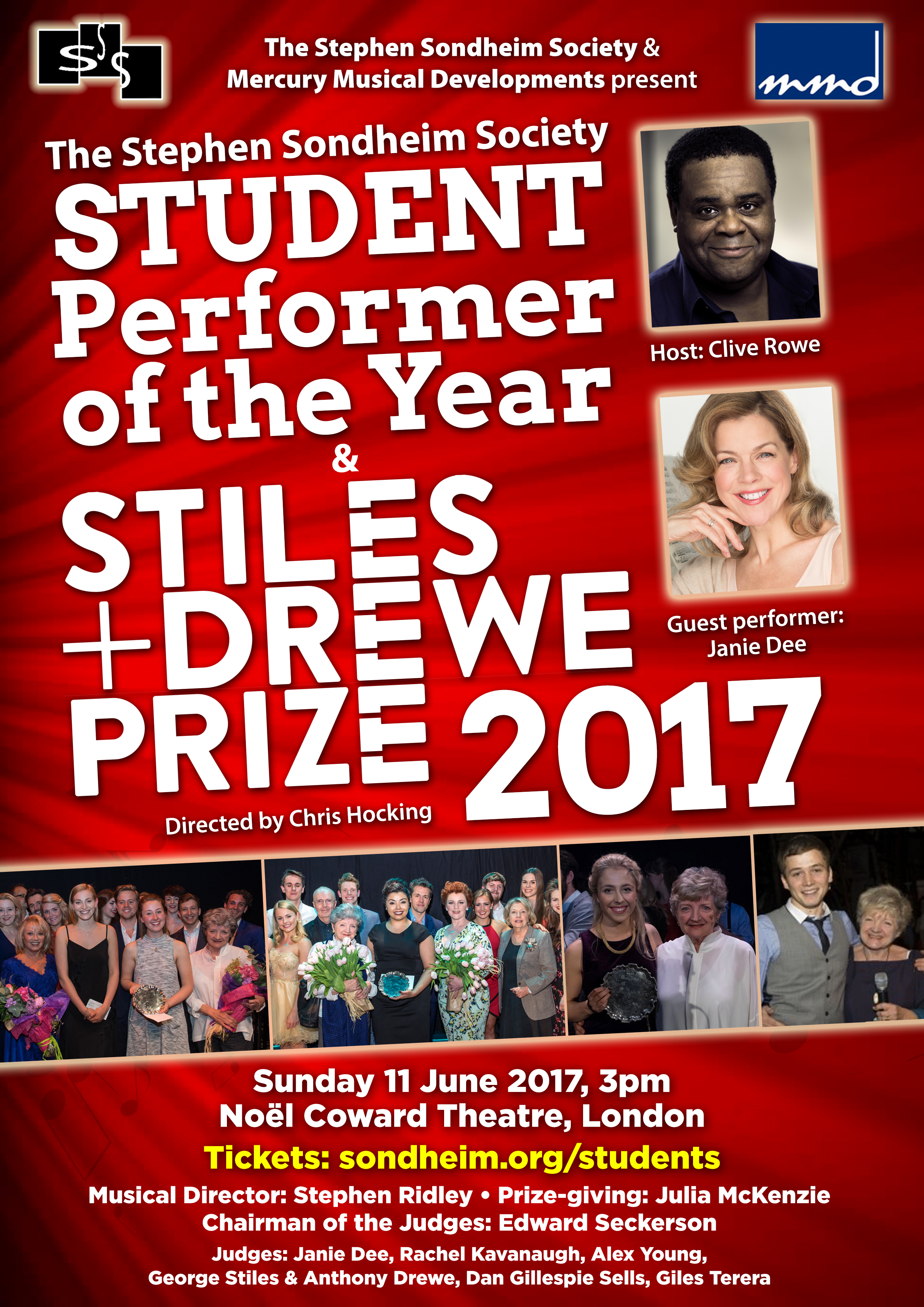